Ogni giorno un nuovo articolo divulgativo, a fondo pagina i 10 più visitati e la liberatoria per testi e immagini.
Directed by Pierluigi Montalbano
Every day a new article at the bottom of the 10 most visited and disclaimer for text and graphics.
History Archaeology Art Literature Events 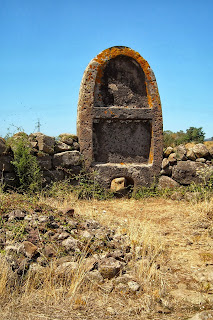 The early neolithic
The Neolithic era is characterized by a number of crucial steps in mankind’s social and economic evolution. It marks a period when people began to lead a more settled lifestyle, cultivate the land, raise livestock, preserve their food and acquire specialized skills; a period of strong demographic growth. This revolution began in the Near East around 9000 BC and some 2000 years later reached the Western Mediterranean. The migratory waves also reached Sardinia and the Island’s cultural progress developed in line with that of the coastal lands of the Western Mediterranean. Archaeological finds show that the megalithic culture spread from the shores of the Atlantic through the Mediterranean. The 6th century BC provides evidence of communities who farmed the land, used pottery-ware and put large blocks of stone to various uses. These people travelled by sea and introduced a series of specialized coastal colonies to the cultural world of Europe. We do not know their origins but in Sardinia, after evidence of some Palaeolithic presence, from 6000 BC the innovative developments in agriculture and keeping livestock, together with an intensification of craftsmanship involving wood, leather, wicker and vegetable fiber, reveal that the settlements were now permanent and no longer seasonal. Obsidian tools were also manufactured in large numbers. 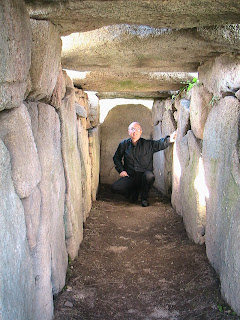 The fossil guide to the early Neolithic era is its pottery. Before baking it was decorated with a linear pattern traced with the serrated edge of a Cardium shell. The site of the first discovery of cardium pottery in Sardinia is Su Carroppu which now gives its name to the first Sardinian cultural phase. Here, beneath an overhang in the sheer rock face, archeologists discovered traces left by a group of hunters and herdsmen: fragments of pot-bellied jars with cardium decorations up to and above the stocky anse; small obsidian tools, trapezoidal or triangular baffle (geometric microliths); bones from deer, pig, and mountain sheep together with prolagus and crustacean shells. Further sites in caves and under rocks have revealed that the Neolithic people also spread inland. The presence of the extinct volcano Monte Arci with its rich obsidian deposits encouraged movement of trade by providing an important source of this highly-prized black, glass stone, much sought after for fashioning cutting blades, perforators, scrapers, arrow heads and the like.. Underwater excavations in Grotta Verde Cave near Alghero and research in Grotta Filiestru Cave have brought to light evidence of a further cultural phase dating from the fifth millennium BC characterized by thicker-walled, undecorated pottery and another rich phase from some centuries later associated with the Chiesa di Bonuighinu in the province of Sassari, which has provided ceramics of excellent quality, finely-worked bone tools and volumetric figures of a deity, the Mother God.
In 1980, excavations on Cabras lagoon revealed a site of worship and burial dating back from the time of the Roman Empire to that of the Bonuighinu culture. The finds are extraordinary showing individual tombs in mass graves dug into the sandstone, and bears witness to the fact that the Neolithic tradition of rock-hewn tombs in Sardinia dates back to at least 3500 BC. Access to the chamber is by way of a narrow passage which could be closed off with a slab of rock. The bodies were laid in the fetal position and coated with red ochre, the colour of blood and life, a usage linked to birth and leaving the maternal womb. 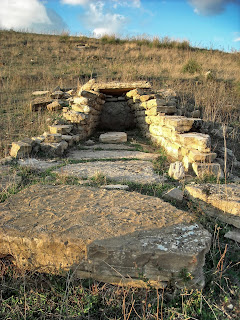 In 1969 in Grotta delle Pipistrelle Cave near the village of Mara, fragments of Bonuighinu pottery and human bones dating from 3700 were uncovered to represent the first layers of the Ozieri Culture.

Further excavations in the nearby Filiestru Cave have brought to light a succession of six intact cultural levels, each of 40-50 cm, which provide precise, successive dating starting with cardium facies from 4760 BC. These ancient Neolithic layers document the daily life of a dozen or so farmers. The small villages are devoid of furnishing and archaeological finds show a presence of sheep and cattle rearing innovations which were absent in the wild elsewhere in Europe. The relationship between mainland Tuscany and Latium, the Tuscan archipelago, Sardinia, the Balearics and Corsica are apparant from the stylistic similarities of their pottery, and their concentrations of obsidian; after Lipari and Palmarola, Monte Arci in Sardinia has the highest concentrations. 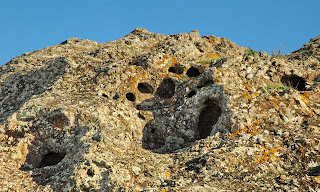 Late Neolithic
Around 3500 BC the number of open settlements began to increase and there appeared a finer, glazed pottery, richly decorated with scenes depicting farming and pastoral life, hunting, and religious cult worship of the heavens and the Mother God. The sun, the moon, stars, spirals, zig-zag patterns to indicate mountains and the sea, and also goats, the heads of wild sheep and muflons; sacrificial offerings to Mother Earth.
The late Neolithic marks the appearance of the Domus de Janas. These rock monumental tombs were based around a family clan and common ancestor. The sleep of the departed is accompanied by delightful small rounded sculptures of the Mother God fashioned from local materials. In the pastoral communities of Gallura and other mountain areas, the dead were laid in sarcophagi made by sinking slabs of rock vertically into the ground, and the graves were often marked by the presence of large menhir. Personal effects discovered include round, stone clubs, green–stone axes and long flint knives. The discovery of metals led to the first appearances of colour used on pottery; pigments of red-brown copper, grey silver and yellow gold. In Terralba a representation in relief of a bull’s head bears witness to the impulse given to agriculture by the use of implements such as the plough. The bull is sacrificed to Mother Earth in rites of fertility related to regeneration. The Ozieri culture (3200-2800 bc) shows that silver was worked using the readily available and abundant mineral deposits in the Sulcis and Nurra regions. It is in this period that we find evidence of huts with branch roofs lined with clay and embedded in the ground, and also the beginning of the use of ladiri, sun-dried mud bricks which in their original shapes and sizes were still used in Sardinia until well into the last century. The oldest wells for supplying water also date from the same period and have provided archaeological evidence of water jugs made from a light-coloured clay painted in reddish brown. The marble and clay statues of the Mother God from this period are more finely fashioned than those that came before. The shiny-black pottery ware, decorated and coloured in white, red and yellow (the colours of the metals) provides examples of geometrical patterns and illustrated figures. Their society was rich, peaceful and closely connected at the cultural level to that of Crete, the Cyclades Islands, Malta and Egypt. The Domus di Janus welcomed whole families and the columns, trabeations, niches and doorways allie and doorways, reflect the interiors of the homes of the living. The sepulchers are enriched with symbolic designs and the characteristic interior colours inside are blue and red. The presence of obsidian tools gradually reduces as they are replaced by more modern counterparts in metal. 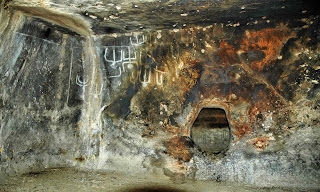 Pre-Historic structures
The ancient stone constructions are located close to coastlines and on island as in Malta, Sardinia, the Balearics, England, Ireland, Seeland, Northern Africa, Provence and Spain, and particularly in Brittany and Cornwall, important centres along the sea routes to the gold of Ireland and the tin of Cornwall. These areas are the same as those of Cardium impressed pottery ware of 2000 years earlier. A fundamental element is evidence of a political and economic power linked with astral phenomena. At Carnac, Kermario, New Grange, Stonehenge and elsewhere, lines of thousands of menhir radiate in lines from the main circle towards the solstice and equinox points. There is a sensation of being in the presence of a complex device which brings together the heavens and earth. Agriculture was fundamental to the Neolithic people who needed to know the right times to sow and harvest as closely as possible. It was no doubt for this reason that the reading of the movement of the heavenly bodies was so important. The oldest sites are those on the French atlantic coast and in Milares, Spain which date back to around 6000 BC. Hundreds of dolmen form corridors and covered galleries bearing witness to ancestor worship, a characteristic element of megalithic civilization. The first dolmen appear in Sardinia at the beginning of the third millennium BC and the example of Sa Coveccada in Mores is perhaps the most majestic. 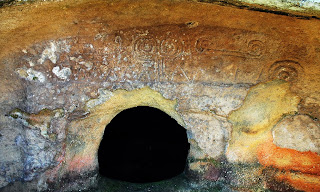 Throughout history mankind has pushed himself to create constructions which amaze the observer and bring prestige to the owner. Palaces, basilicas, towers, temples, amphitheatres, cathedrals and mausoleums, every civilization has left a series of masterpieces, some have resisted time while others have succumbed, others again have been deliberately destroyed or burnt. Behind these monuments lie stories of people, power, conquest, glorify, tragedy, love, and madness. The pyramids of Egypt are not the only marvel of the ancient world to have survived thousands of years without being destroyed. As we will see in the chapter dedicated to the Nuraghi. These stone constructions are a characteristic of the Sardinian countryside and they tell the story of the ancient rulers of the territory. For nuraghi to be built, it was not enough to position one massive block on top of another. If the geometry is not accurate distortion increases as you work up and the precision necessary in such a building technique is lost. For great monuments to be built, centralized political power or a consortium within the community or some kind of federalism is necessary. 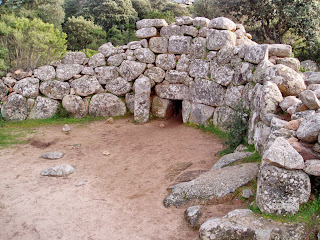 This Megalithic people had a practical knowledge of mathematics and solid geometry, and they applied geometrical rules to building techniques. Architects using simple instruments like a wooden stake and a length of string were able to calculate angles and dimensions by describing intersecting circles to obtained the required geometric figures. The building of these constructions brought a significant thrust to the evolution of the local culture. Such colossal undertakings could have only been achieved by coordinating a series of skills from architectonic planning and design to on-site organization, logistical support, medical assistance, supply of materials, and administration. Materials and men would all have to get to the right place at the right time. The realization of these buildings was an entrepreneurial model of immense proportions and complexity requiring a high level of management skills, an intelligence of government. 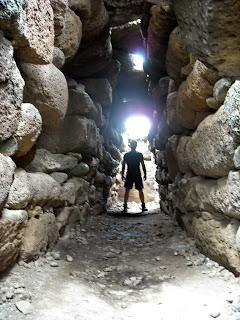 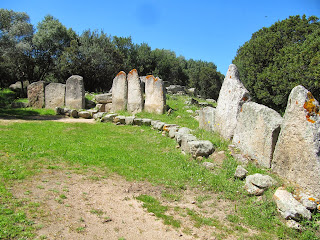 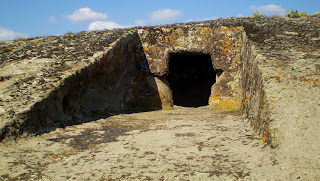 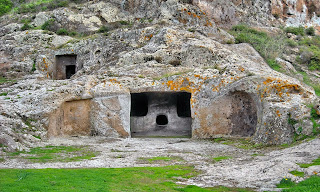 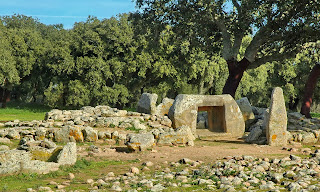 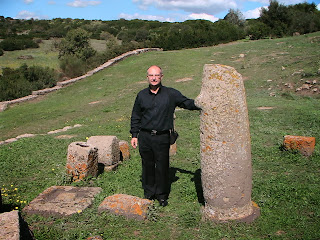 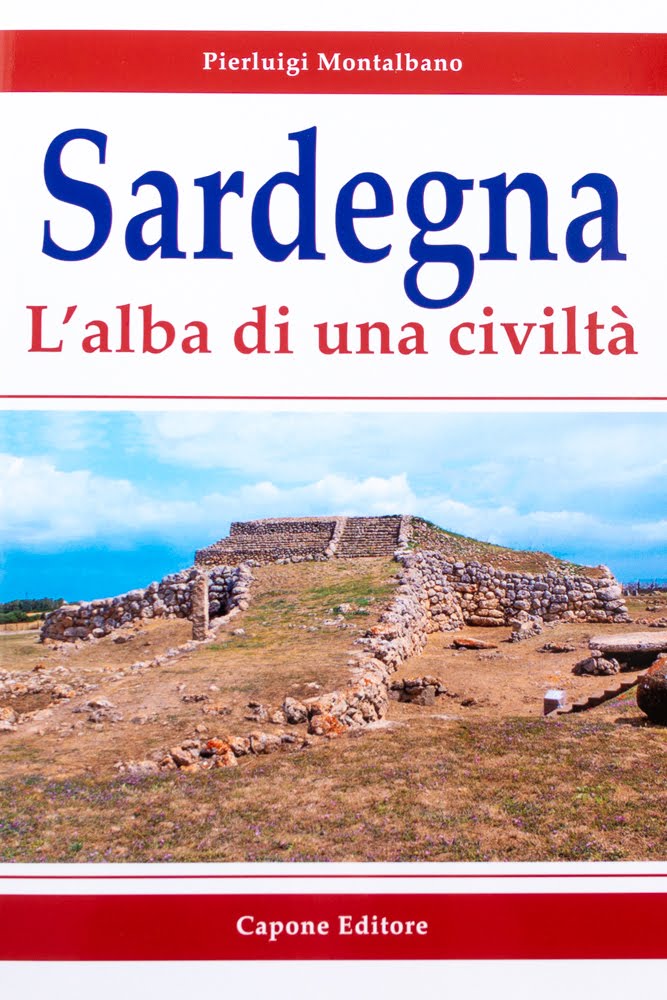 Video 9° lezione: I nuraghi a tholos 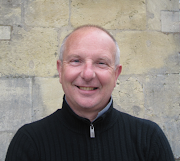